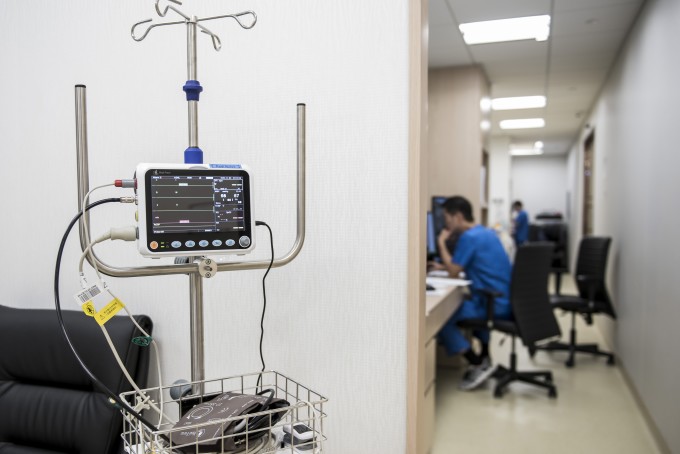 When CareHere CEO Ernie Clevenger suggested his company switch to self-funded health insurance, there were more than a few people, including the firm’s chief financial officer, who expressed reservations. Not surprisingly, their main concern was what would happen if the 800 employee Brentwood, Tenn.-based chain of on-site health clinics experienced a catastrophic claim.

That hardly surprised Rick Peeples, the benefits adviser who was encourag­ing CareHere to make the move.

“Seventy-five percent of my clients are self-funded,” explains Peeples, “and a lot of organizations on the cusp of self-funding still don’t know if they’re really comfortable with it.”

To help ease their concerns, the executive vice president and member services direc­tor for Lockton Companies, the world’s largest privately held insurance broker­age, presents them with them a win-loss analysis.

“We show them a two-year through five-year lookback at self-funded vs. fully insured,” Peeples explains, “and we can demonstrate if they would’ve won or lost if they had been self-funded.”

As self-funding at CareHere took off, the CFO came to see how her company was winning.
Three years in to the program, she — along with many others at Care­Here — has become a proponent of the self-funded model, advocating similar solutions for other benefits that the company offers.

CareHere, which operates clinics in 27 states, is among a growing number of small-to-midsize employers that have embraced self-funding as a means of reducing their healthcare costs, increas­ing their plan coverage and improving employee satisfaction with their medical insurance. Although self-insuring isn’t new — it began back in the 1970s when large employers began exploring new ways to manage soaring healthcare costs — in more recent years, the fund­ing model has spread to mid-size and small employers as their annual medical costs have continued to rise by double digits. Then came the Affordable Care Act, which added fuel to the self-fund­ing fire.

“The passage of the ACA encouraged more employers to look at self-insur­ance,” notes Michael Ferguson, presi­dent and CEO of Self Insurance Institute of America. “Generally speaking, the ACA has increased pricing for mid-market employers and created greater uncertainty in the marketplace.”

Today, more than 90 million em­ployees get health benefits through self-funded plans. Their employers have been spurred to self-insure by benefit advisers seeking ways to reduce and give their clients greater control over their healthcare spend.

“It’s very common that we have to help educate the decision makers and stakeholders about what’s out there,” says Peeples, who acknowledges that ditching a fully-insured plan means navigating a modicum of uncertainty. “A lady asked me, ‘How do we know that Lockton is showing us the best options?’ My response was that I’m going to show you all the macro levers and the micro levers and ask, ‘How many do you want to pull?’ We’re going to show you a strategy about how to manage your plan.”

To get buy-in, Brooke Runnion, another Lockton vice president, focuses identifying key players on the client’s leadership, finance and human resourc­es teams and making sure they’re at the table from the very beginning.

“It’s important to bring in people from human resources and finance,” Runnion says. “Really that initial step is critical. It allows you to get a better idea of what the viewpoints are coming into the conversation.”

To prepare the client for the transi­tion to self-funding, it’s important not to inflate their expectations and to stress that this is a strategy that works over the long-term, adds Kyle Hart­man, another Lockton vice president. Some employers, he points out, may not see any cost savings in the first year. A catastrophic claim, for example, could temporarily inflate their costs.

“You have to look at this as a five-year-plus move,” Hartman empha­sizes. “If you look at it from a one-year perspective, you could be very upset. You don’t know when you’ll have a bad year and it could be year one. This is a long-term play.”

A look at some recent numbers shows how self-insurance is gaining traction among smaller employers. A February study by the Employee Benefit Research Institute found that the percentage of smaller employers who self-insure rose between 2015 and 2016, while it declined somewhat from 60% to 57.8% among employers overall.

“When the ACA passed, the expec­tation was that more small employers would go the self-insurance route,” says Paul Frontin, director of the Health Education and Research Program at the EBRI. “That’s exactly what we’re seeing. It’s not taking off like the space shuttle, more like an airplane. But we might be seeing the beginning of a trend.”

The number of midsized employers (100-499 employees) offering a self-insured plan fell slightly during the same period, from 30.1% to 29.2%. That drop could be more of a consolidation than a decline, however, since during the two prior years the number of mid-size employers that moved to self-insurance grew significantly.

“A drop like this could mean that we’re reaching cruising altitude,” Frontin opines.

As for large employers with 500 or more employees, the percentage who self-insure also fell from 80.4% to 78.5%. But again, Frontin warns not to read too much into those numbers.

“I’m not convinced that’s the begin­ning of a trend,” Frontin says. “It’s hard to imagine large employers going back to fully-insured coverage in a major way. I would guess it’s a statistical anomaly; there’s no rational reason to see a drop.”

While the EBRI’s findings suggest a bit of a dichotomy among employers when it comes to self-insuring, the re­sults couldn’t be more definitive for Telli­gen, a Des Moines, Iowa-based health management and wellness solutions company with about 700 employees.

Five years ago, after experiencing double-digit premium increases for sev­eral years running, the 100% employee-owned company decided to self-insure. The decision was made gradually, according to Telligen vice president for federal health solutions Doug Ventling.

To rein in its costs, the company first tried reworking its fully-insured plan design, but found it only shifted those costs to its employees. Telegen’s executive team also considered ways to manage its fully-insured plan more efficiently in tandem with measures to improve employee health. But after consulting with Lockton’s Hartman and Runnion, Telligen opted for the self-insurance route instead.

“Those premium increases were be­ginning to undermine our competitive­ness,” Ventling recalls. “We saw a direct impact on our financial results.”

During its first year of self-funding, Telligen reduced its health insurance costs by 3%. That was after an adjust­ment for a “run-out” — a period of time where employees continue to make claims under the old, full-insured plan. Sans the run-out, Ventling says, the company’s costs would have dropped a whopping 9%.

The following year, self-insuring resulted in a 4% cost decline, but dur­ing 2016 Telligen hit a speed bump and health costs spiked 11.2% due to some unusually high claims.

A path to wellness

“That happens with self-funding,” Ventling admits. “We’re at the whim of statistical chance. Sometimes, a super-high claim can affect our results. But you have to look at the long-game with self-funding. You’re going to have good years and bad years, but with proper re­serving, you can weather the bad years relatively easily.”

And indeed, in 2017 Telligen’s insur­ance costs resumed their downward trend and fell a stunning 15%.

“We were so tickled with our results last year that we gave our employees a premium holiday in December,” Ventling recounts. “Becoming self-funded enabled us to directly share the results back with our employees. It was kind of nice.”

Telligen’s decision to self-fund went beyond dollars and sense. The move al­lowed the company to undertake one of the same employee wellness programs that it provides to its clients, something that, according to Ventling, would have been considerably more difficult had it remained fully insured.

“Under a fully insured plan, we were unable to improve our employees’ health,” Ventling maintains. “We didn’t have the flexibility to change our trajec­tory. When we evaluated the move to self-funding, we considered the financial risks and also the opportunity to deploy a health management and wellness solution that would improve the health of our workforce. We knew there was some financial risk, but we had to break free from being fully insured to take advantage of our health management solutions.”

There were additional benefits. Once the self-funding model took hold, Ventling says that the decline in health insurance costs was sufficient to push the company’s share price higher. As an employee-owned company, that translated into richer retirement plans for Telligen’s employees.

Self-funding has meant added advantages for CareHere as well. Em­ployee coinsurance costs have fallen and added benefits, such as a telemedi­cine option, has made it easier for the healthcare company to attract skilled workers for its nationwide clinics.

“Because we are national in scope, we have to be competitive within pockets of the country,” CEO Clevenger notes. “Benefits in Chicago are different from benefits in Denver, which are different than benefits in Butte, Montana. With self-funding, we can tailor our plans to meet more of the national norms.”

So, is self-insuring the best option for all small and midsize employers?

“When the timing is right, I’m a big fan of self-funding, but it’s got to be right time and the right circumstances,” says Lockton’s Peeples. “More often than not,” he adds, “the time is appropriate.”