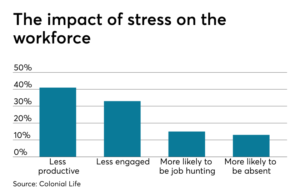 Managing their company’s public reputation while meeting the needs of their employees is a critical function for HR executives.

The number one complaint from employees on the page of the worst-rated company on Glassdoor in 2018 was a lack of work-life balance. You can imagine how this can damage a company’s reputation, and with it the company’s ability to recruit new talent, retain existing employees, their ability to fundraise, and even their stock price. According to a recent Weber Shandwick report, 63% of a company’s market value can be attributed to its overall reputation.

AllVoices wanted to design a solution so that employees didn’t have to resort to posting on public forums in hopes of driving change — or worse, because they’d given up on being heard internally.

We started AllVoices, a platform where employees can make anonymous complaints regarding their company, in 2017 after reading Susan Fowler’s blog post about her experience at Uber. We realized that traditional channels for reporting sexual harassment were not only failing employees, they were failing companies too. In fact, 75% of all people who experienced sexual harassment at work do not report it. This isn’t a good thing for companies — it means they aren’t aware of harassment when it’s happening, and often end up losing great employees who never felt comfortable reporting it or taking action.

To solve this problem, we built an anonymous reporting and communication platform that gives employees a secure way to report harassment directly to company leadership without fear of retaliation. Almost immediately, we started receiving anonymous reports about other important workplace issues in addition to harassment and mistreatment. Employees craved a channel to share real-time feedback with company leadership about all of their experiences.

Some of the things we started to hear about from the employees making the complaints included culture issues, general feedback, ethics, safety concerns, diversity, equity and inclusion feedback.

We realized there was a much broader need to collect feedback and input from employees about all topics. Employees desired an avenue to do things like, anonymously ask questions about a new policy, alert their company to inappropriate chat channels, and share concerns outside egregious illegal behavior outside of yearly engagement surveys.

One of our advisors, Amy Edmonson, is a professor at Harvard who is an expert on psychological safety in the workplace. We worked with her to formalize a culture module that

captures all the reasons why people leave their jobs, so that employees could speak up in real-time, before leaving their company and sharing it only in an exit interview.

Some of these topics included lack of work-life balance, being micromanaged, and a lack of social support. We noticed that these are often the topics people post about on Glassdoor, frustrated because they don’t have an internal outlet to share and drive real-time change.

Now employees can report culture concerns on our platform directly to leadership and have a two way conversation about it — either anonymously or non-anonymously, whichever they choose. They can also report issues related to ethics and safety, harassment and bias, diversity and inclusion, and even use the platform to submit general feedback, comments and ideas, and questions for leadership.

Most importantly, employers and employees can find a resolution to issues before they become widespread and systemic. Employers can be coached to address concerns head-on and employees can be supported in other ways. This can help drive policy change at their companies that create healthier cultures.

This type of empowerment is unheard of historically. In order to make their voices heard people always have had to come forward, or not be heard at all, and potentially leave their jobs, or suffer in silence.

AllVoices has provided a third path. As a result, we’re seeing reputations improve on public channels like Glassdoor for many of the companies we work with. Many have reported increases in retention and employee satisfaction. And a vast majority of employees we survey after they’ve submitted feedback or reports say they are aware of their company taking steps to address the issues they’ve provided. That means companies are taking these reports and feedback seriously and acting swiftly. We will continue to innovate on our product to ensure that every employee at every company has a safe and comfortable way to speak up about any issue or concern.