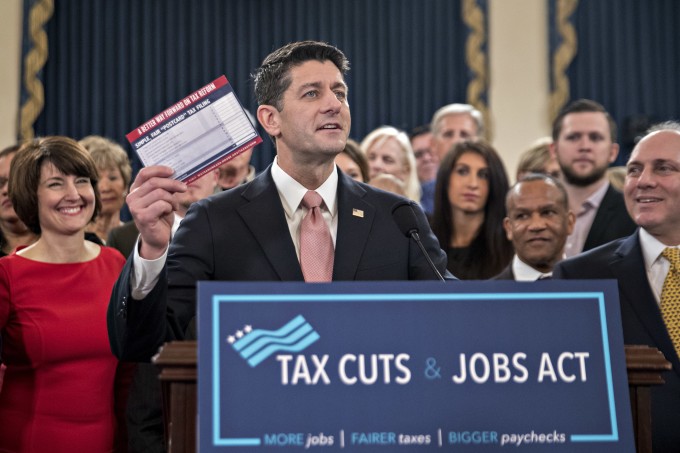 The tax reform law has had one interesting consequence for the retirement industry: It has driven up interest in different types of savings plans that work in tandem with 401(k) plans to help company owners and highly compensated employees set more money aside for retirement.

Mike Weintraub, president of Relation Insurance Services’ retirement division, says that his company is receiving more interest in cash balance plans, deferred compensation and profit sharing plans due to recent tax law changes “because the key employees especially have more disposable income since their taxes have gone down, and they are looking for ways to deploy the money in tax-efficient ways.”

Relation Insurance works mostly with smaller plans, under 100 employees. With smaller companies, “we generally have more latitude,” Weintraub explains. They will set up a 401(k) plan for employees with a profit-sharing component because that gives them benefits they can project to retirement for the non-highly compensated younger employees. They then add a cash balance plan to work in tandem with the 401(k) plan, which gives six-figure deductions for highly compensated employees, who tend to be older.

There are safe harbor rules in place that make it so highly compensated employees don’t get the lion’s share of any employer contributions.

Weintraub says that his company set up a cash balance plan for a small company in San Francisco with only 20 employees. There were three partners in the firm, and they were all setting aside between $50,000 and $100,000 a year into the cash balance plan.

“The total amount going into the plan was $300,000, so the majority of the contribution was going to the highly-compensated employees but it still qualifies with the IRS,” Weintraub says. “They can take the deduction and don’t have to report that as compensation. It is not taxable until they receive that money in retirement.”

Cash balance plans are a type of defined benefit plan. They still have to meet non-discrimination rules when it comes to non-highly compensated employees, “but the way it works is the government will allow us to consider all the qualified plans a company offers all employees and since younger employees have a safe harbor match, if you calculate projected balances in the accounts of younger employees, with so much time to grow, they will end up with a projected retirement income of 90% of their pay.

The number of new cash balance plans being opened so far this year is twice what his company did the previous year, according to Weintraub.

“The advantage is that multiple employer plans can develop standards for good fiduciary conduct and develop pricing, which becomes a big fiduciary issue because so many smaller plans don’t have the buying power to get good pricing for their plan,” Weintraub says. The MEPs can also hire 3(38) or 3(21) advisers to help shoulder some of the fiduciary responsibility. Those costs are spread across all of the member companies.

Tax reform also has driven interest in non-qualified plans, like elaborate deferred compensation arrangements or less elaborate 162 executive bonus plans, which are “kind of like Roth IRAs on steroids because you can put in a lot more than you can into a Roth IRA,” Weintraub says.

He says that the employer uses the bonus money it puts into it on behalf of certain employees to buy a life insurance policy that grows tax deferred. It is totally discretionary.

“By doing that, we don’t have any ERISA complications — no Form 5500 to file — yet the money that goes in is deductible to the business because it was paid out as a bonus but is reportable as compensation to the employees,” Weintraub says.

He adds, “We build up the bonus so they have money to pay the tax and then it grows like a Roth IRA income tax free and when they withdraw it, the money is received income tax free. The benefit is amazing.”