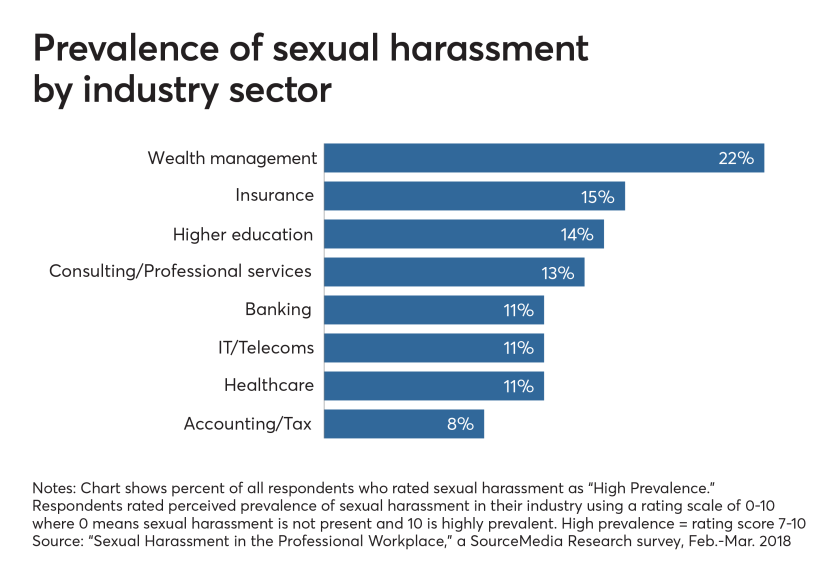 No more. Many city and state training laws have passed since 2017, the year allegations of sexual harassment and assault surfaced against powerful film producer Harvey Weinstein — causing a scandal that in turn gave rise to the #MeToo movement.

In the run-up to the Wednesday deadline to the implementation of a New York state rule requiring employers to institute annual sexual harassment training, Employee Benefit News interviewed Rawson to discuss the impact such laws will have on training across the country.

EBN: What is the state of sexual harassment training, and how are employers addressing the issue?

AR: Regardless of the jurisdictions that have required mandatory training now, harassment training is now a nationwide trend that employers realize they must take more seriously now.

Since #MeToo, there’s definitely been a growing awareness that you can’t claim that your organization takes sexual harassment seriously by just paying lip service to the problem and sending out the same old boring training every year. That, I would say, is the biggest change.

This is all post-Harvey Weinstein. Actually it’s just two years ago this month that the Harvey Weinstein story broke. Since then, California has expanded the scope of their required training from only managers in companies with 50 or more [employees] to all employees in companies with five or more. So maybe there were 3 or 4 million people required to take training in California, and now it’s probably closer to 10 million.

New York state, of course, requires everyone to get trained. So it’s quite comprehensive in its scope.

EBN: What are some key actions that employers should be thinking about in terms of updating their training and communications?

AR: They should be focused on making sure that they make a conscious effort to impact the culture of their organization, no matter how small that is. Now, those are very squishy terms, you know: impact and culture and so on. But even a small business, just by having the senior person or the senior people make a point in their monthly or quarterly newsletter, is important.

Do people really believe that if they make a good faith report on sexual harassment that they will be protected from retaliation? Or do they think that’s all talk, and they’re somehow going to suffer the consequences? Just making sure that there’s a conscious and somewhat steady stream of communication telling people that we’re serious about protecting them [is important, as is] having a dignified and respectful working environment that won’t tolerate sexual misconduct.

EBN: What about the issues of trust and employee concerns about whether reports will be taken seriously?

AR: Many employers have hotlines. So the challenge with the hotline — and even the challenge with confidentiality — is we always teach people that if you come forth with a good faith report of sexual misconduct, we’ll protect your confidentiality. [But] the problem is that most hotline complaints have to do with ethical violations where there’s something factual that can be investigated. So our experience has been that most claims of sexual misconduct do not go through the hotline. Those tend to be focused more on the ethical and policy violations. Most [sexual harassment] complaints do tend to come into HR.