A look at the DOL’s final rule: White collar exemption and overtime

A look at the DOL’s final rule: White collar exemption and overtime 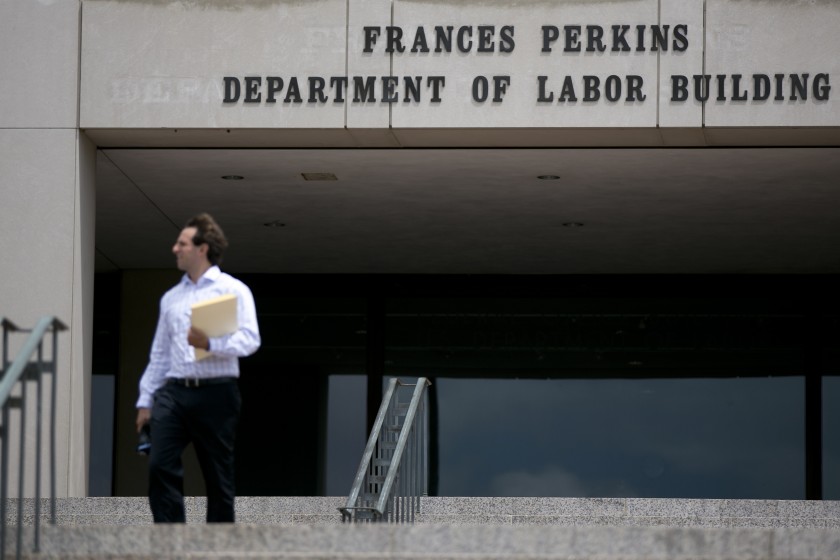 Reporting that 1.3 million workers will now become eligible for overtime pay, the DOL has released its final rule to update the exemption requirements of the Executive, Administrative and Professional employee (EAP) as well as highly compensation executive (HCE) classifications.

After overcoming many hurdles, injunction enjoined and invalidation, the DOL released its final rule Tuesday with an effective date of Jan. 1, 2020. Additionally, the 2016 final rule that was declared invalid by the United State Court of Appeals for the Fifth Circuit has been rescinded by the DOL.

Settling below the original published salary level and just slightly higher than the most recently proposed level, the DOL raised the nation’s exempt salary threshold from $455 per week/$23,660 annually to $684 per week/$35,568 annually. As a reminder, this is the first time the salary level has been increased since 2004.

As published earlier this month by the DOL, these newest final regulations do not include any adjustment to the standard duties test for these “white collar” exemptions.

Likewise, there are no changes in overtime rules for police officers, firefighters, paramedics, nurses, laborers — including non-management and production line employees — and non-management positions in maintenance, construction and similar occupations.

New or “special” salary levels have, however, been released for employees in the motion picture industry and in certain U. S. territories.

Additionally, the new regulations will increase salary thresholds for certain HCEs from $100,000 to $107,000. It is important for employers to note that an HCE must be paid at least the weekly standard salary amount of $684.00, without nondiscretionary bonus, incentive pay or commissions. Non-discretionary bonus, incentive pay or commission may be counted toward the annual salary requirement of $107,000.

Employers will still be able to use a nondiscretionary bonus, incentive pay or commissions to satisfy up to 10% of the standard salary level for EAP classifications and, as previously stated, for meeting the annual salary requirement for HCEs. These payments must be made annually — or on a more frequent basis — in order to be eligible. A one-time “catch-up” payment of up to 10% of the total standard salary level may be made within one pay period falling at the end of the 52-week pay period for those employees who have not earned enough to maintain their exempt status. This makeup payment only counts toward the previous 52-week salary amount and not for the salary in the year that it was paid.

The following steps can help employers determine the impact to their organization. Employers are encouraged to promptly initiate for the effective date of Jan. 1, 2020:

1. Identify employees currently classified as exempt who will fail the new salary test.
2. Model potential costs based on possible response (e.g., raise pay to new threshold level, reclassify as nonexempt and pay overtime or lower pay to offset overtime requirements).
3. Review job descriptions and tasks of impacted positions to determine if certain exempt tasks and responsibilities may be reassigned or maintained with the current position.
4. Consider how pay changes, or other changes in job assignments, may impact your organization (e.g., pay compression with next level, supervisory career paths).
5. Develop administrative implementation plans, including payroll and HRIS systems, in order to ensure compliance and maintain compliance with the three-year automatic update provisions.

If employers find that certain positions no longer meet the standards set out in the white collar exemption, they are required to either (1) readjust duties and compensations to requalify their employee, or (2) reclassify the position(s) as non-exempt, requiring the employee(s) to receive overtime pay for all hours worked over 40 hours in a workweek.

Misclassifications in these white collar exemption categories happen often. When applying the final salary guidelines, employers should also know that salary level is just one of the criteria for exemption from overtime. The standards duties test can be hard to apply — especially for administrative and lower-level management positions. These positions typically carry non-exempt duties and can be difficult to classify as exempt duties within the confines of the DOL regulations. Since these groups consistently average more than 40hour workweeks – often pushing to upward of 50 to 60 hours, employers will need to ensure that the positions are correctly categorized as exempt from the overtime provisions of the FLSA, applying both the salary threshold and the standard duties test.

Penalties for misclassification of employees include recovery of back wages and/or an equal amount of liquidated damages. The DOL may also litigate and recommend criminal prosecution. Employers who willfully violate or repeatedly violate the wage laws (aka the Fair Labor Standards Act) may be assessed civil monetary penalties — and more for child labor violations. Employees who file a complaint or who participate in a claim are protected from retaliation.

Employers should continue to monitor wage and hour laws as the DOL aims to update the salary requirements on a more frequent basis going forward. This has been written into the final rules, with the DOL using the notice and comment rule-making procedure every four years.