Despite efforts to kill it, ACA remains on employers’ radar

Despite efforts to kill it, ACA remains on employers’ radar 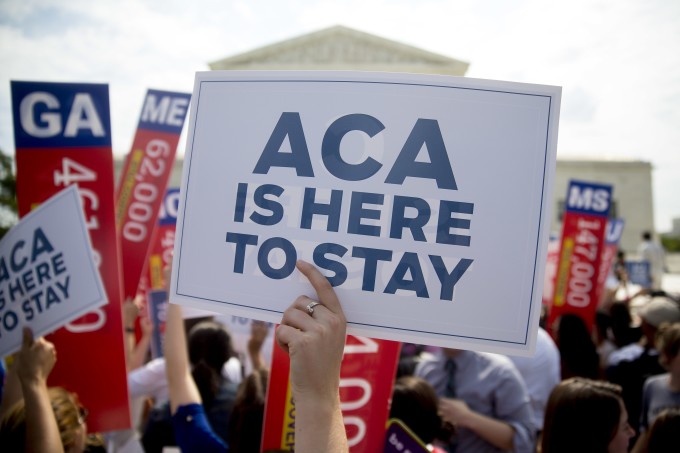 WASHINGTON, DC — While the drumbeat of repealing and replacing the Affordable Care Act has died down since last year, employers must still be aware of the White House’s plans to change the healthcare landscape.

In that order, the president requested the DOL make it easier for these plans to be created and also ordered spell out first reference Health and Human Services, the Treasury Department and the DOL to revise guidelines under the ACA that defined short term limited duration insurance.

“Taken together, they’ll have a dramatic impact,” Borzi said Monday at the International Foundation of Employee Benefit Plans legislative summit. “These two proposals, if adopted in the same form proposed — and that’s what we’re hearing will happen — they’ll dramatically reduce consumer protections and destabilized the individual marketplace.”

Borzi added that this “has a ripple effect on the employer-sponsored marketplace.”

Once healthier people have alternatives to employer programs, they’ll gravitate to those plans because they’ll be cheaper, she noted. Additionally, under this rule, employers participating in association health plans, by and large, are subject to the ACA’s small group rules — such as providing essential health benefits.

However, this order is going to regulate these association plans more like large-group plans, which are allowed to be exempt from the ACA’s requirements, she warned. Most important is they’re not required to provide the 10 essential health benefits, so the packages offered can be less comprehensive — typically failing to offer maternity benefits or mental health/substance abuse benefits — all to make coverage cheaper.

These two regulatory proposals take us back the pre-ACA day, causing greater market disruption and higher costs,” she said.

Adding to the conversation, Jim Klein, president of the American Benefits Council, said an important question to ask now that repeal and replace has stalled is whether Congress and the current administration will act to prop up ACA or act to hasten its demise. “It’s hard because the reality is there are different perspectives in both parties,” he noted.

But, he said, the ACA’s popularity at this point outweighs its unpopularity.

Ever since the ACA passed in 2010, Kaiser Family Foundation has conducted a monthly nationwide poll on approval and disapproval, he noted. Last year, April 2017 was the first time under that poll that the approval of ACA exceeded disapproval and has remained there for more than a year now.